A Grab Bag of Battling Fun! 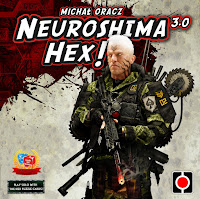 Hey y'all, a Happy Belated New Year to you.

I hope it's been treating you well. It certainly has for me, as I've discovered a superb game (that has in fact been around for a few years now - in various versions - since 2006) that my son, predominantly (I've yet to convince my daughter to play), and I have been having a blast with.
I did in fact acquire it just before Christmas, and barely a day has gone by, through the whole school holidays, that we haven't had a round or 2 (or 3...).

The game is Neuroshima Hex ...version 3.0.
A tactical, tile laying, skirmish board game, in which you main objective is to destroy your opponent's HQ; or at least ensure their HQ has been damaged more severely than yours by the game's end. 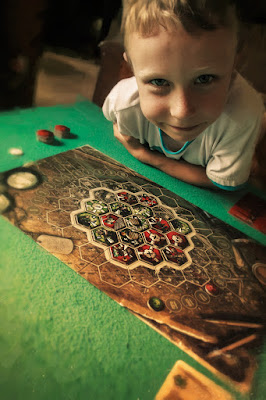 You will not pass!

Each player has a small army, composed of a stack of tiles, that they have turns placing upon the hex-grid board. Included in each army are warriors, that do the fighting, modules, that help your warriors in some way or another, instant effect tiles, and occasionally other tiles with curious effects.
Every now and then battle will break out and chaos will ensue.
During a fight, the fastest units attack first (go figure), friend and foe attack simultaneously, damage is dealt and casualties are removed. Then all the units who's initiative is one step less have their turn. Then the next in line have theirs, until the slowest units have finally had their attacks.

The game continues with more units being placed and further battling action occuring, until all tiles (by one or both players) have been used or with one of the HQs having been demolished. Boom!

This has rapidly become one of my favourite games. Surprise surprise, it is also from Portal Games, makers of the great Robinson Crusoe: Adventures on the Cursed Island; some may have noticed I'm a fan of that one too. This one though, designed by the talented Michał Oracz.

You can also expand the game with new armies. On top of the 4 that came with the base game, I've added another 6 - each released individually in a box the size of a couple of Kit-Kats.
Variety is the spice of life. 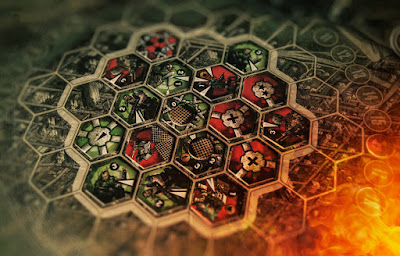 More fun than you can shake a sticky-bomb at.

A couple of weeks back, I also discovered a printing firm, ArtsCow, that has on occasion, some great deals. I found, on the BoardGameGeek, a Geeklist mentioning a sweet deal for custom-printed drawstring bags. 10 bags for US$20, free shipping (from Hong Kong).

It just so happened that I had tiles for 10 armies that required bags to contain them.
Rather than stacking or scattering the tiles face-down next to the board, being able to draw them straight from your own bag, I thought would be the go. Time for some pimping.

So, after a bit of playing in ye olde Photoshop, I uploaded my designs (based on the colours and icons of the various armies) to the site ...Not too many days later, I received a package in the mail.

I must say I was pretty pleased with the results (sublimated ink prints on white satin-like fabric bags, each printed with differing front and backs). The printing quality was very nice, and the bags sewn to a very acceptable standard... 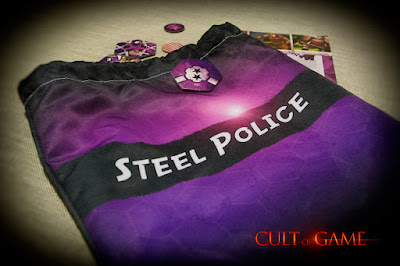 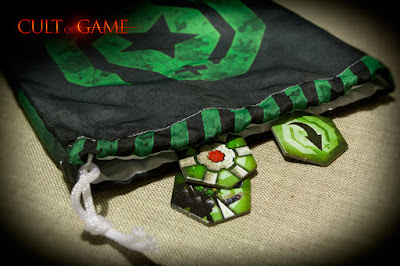 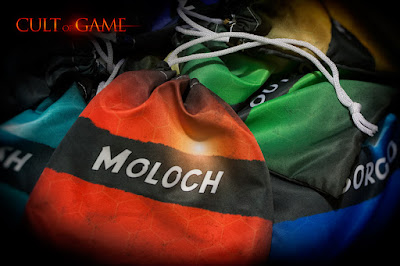 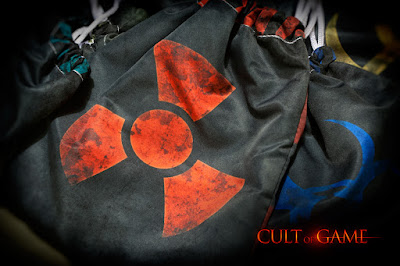 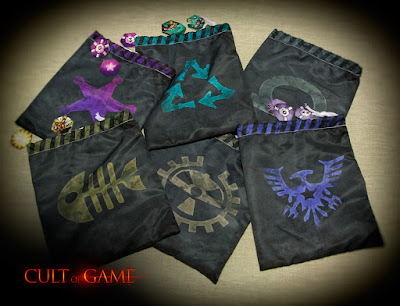 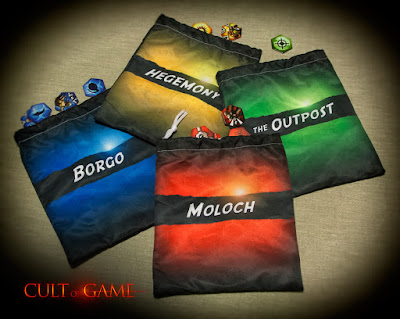 I also put made mention of these bags on the ArtsCow Bags Geeklist on BGG, with links to the various designs. You'll also find a bundle of bag designs for other games, created by other gaming folks. Well worth a look through.

Here's a coupon code for this deal I was given by ArtsCow to hand on to others; feel free to use it if you so desire: ZCRAYSALEDGMZX (The code is good until the 03-03-2016). 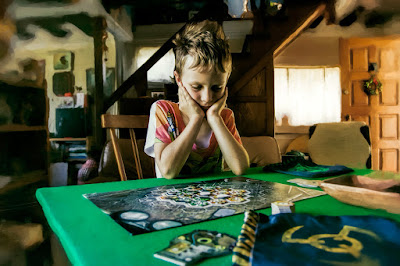 Now, back to the important stuff.