Delvers Lost in the Dungeons of Doom!

He's a table top war-gamer and old school RPGer from way back, and has painted many a fine figure in his time. A plethora of the figures he has put a lick of paint to, Mr Darcy Perry has also converted in some way ... adding a sword here, a belt-pouch there ...a bearskin cape on a Barbarian, a beaded plait on a Dwarf, and each figure always wonderfully based.

But until earlier this year, he hadn't actually sculpted a full figure from scratch.

Early April, inspired, Darcy sat down at his workbench, picked up his sculpting tool and epoxy putty, and Sir Theobald (aka Ser Holger) was born ...

Well, the troupe has grown now to nine; each, one of the classic RPG achitypes - A bold knight, brawny barbarian, stout ranger, learned wizard, sly halfling, devout cleric, fearless amazon, surly dwarf and an ever so stealthy ninja can be found among them,  and all of these beauties are now available to you via Darcy's Star Hat Miniatures - Delvers Lost in the Dungeons of Doom! collection, launched today on Kickstarter. 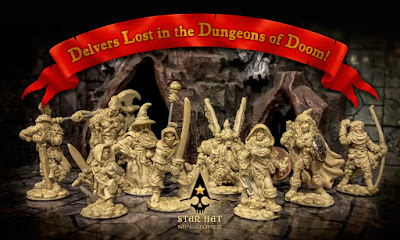 Being a bit of a dabbler in ye olde Photoshop and partaker in many things arty, I took it upon myself to do what I could to help; designing the backdrops for the individual figurines (shown below), the banner (above), and the Star Hat logo. 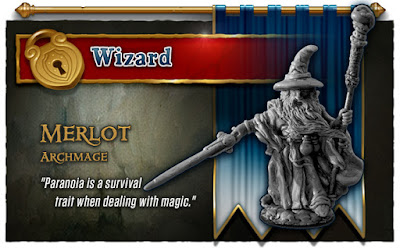 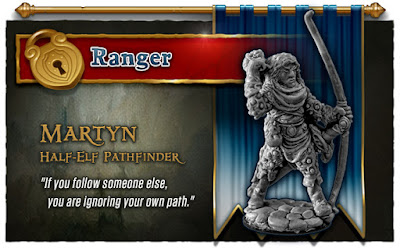 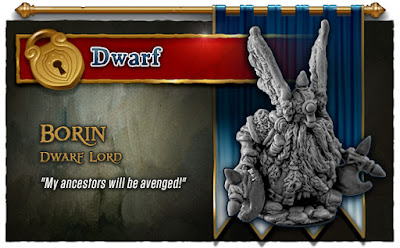 The Star Hat logo I came up with was in fact designed based upon a previous illustration I had created of the minor God "Fubar" - authored by Darcy Perry, that appeared in the tome: the Revised and Expanded "Petty Gods" Compendium; available here...

Casewrap Hardback
(sold at cost for $22.47 USD through Lulu.com)

Premium Softcover
(sold at cost for $13.22 USD through Lulu.com)

PDF without watermark
(FREE through RPGNow)

Other creations by Darcy and myself can also be found within. 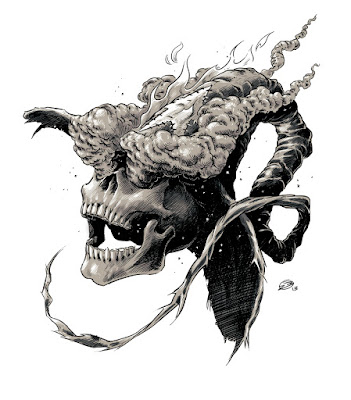 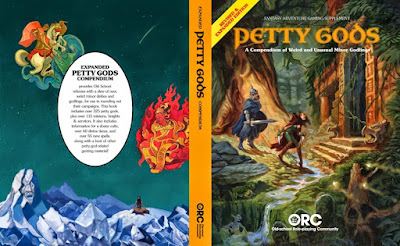 Coming soon to a dungeon near you!


I can't wait to see this project come to fruition. The sculptures are truly amazing and would look fabulous in any dungeon. So don't miss out on a great opportunity to add some very classy figures to your collection. Head over to Kickstarter and back Darcy's Delvers Lost in the Dungeons of Doom! You won't regret it.