A Fifth Helping of Doom!

Yes, he's back at it again.

Darcy Perry of Star Hat Miniatures, sculptor of some of the best Old-School Heroic-Scale minis this side of the black stump has returned with another slathering of pieces that your game table will not be able to do without.

Delvers Lost in the Dungeons of Doom! V "Law vs Chaos"... 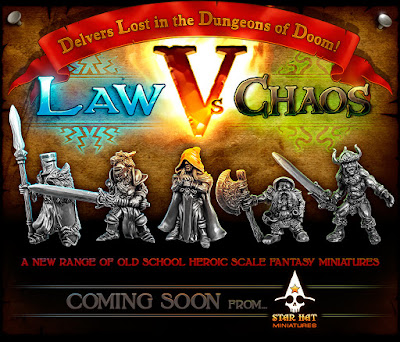 The (not so) Usual Suspects.

This fifth, as you may have already guessed, KickStarter from Mr Perry's DLitDoD line is only days away from launch. Two to be precise. And with the amazing success of it's predecessors, I imagine this one will be no less than legendary. 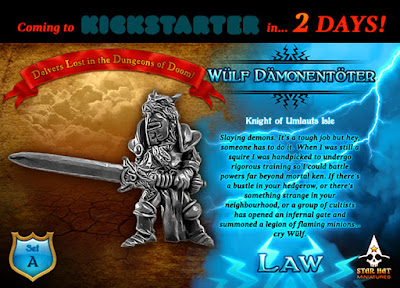 This time it is those age old adversaries ... Law and Chaos ... one side causing mischief and the other saying, in a firm but fair voice, 'No'. 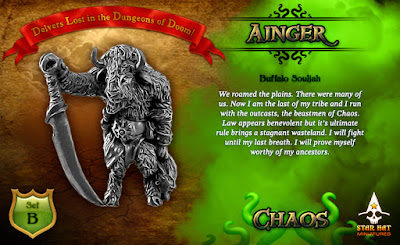 No bull, you're not going to want to miss this one.

Not being able to have one without the other, I seriously advise all pledgers to put their names down for the full retinue of both factions. That way you'll also be able to get your sticky gauntlets on the Epic Hero... Amarok - Wolf Wizard! 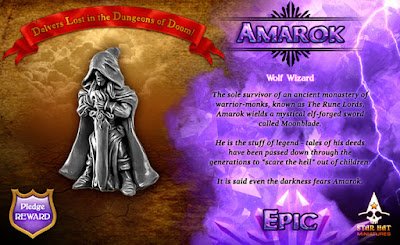 He is truly Epic!

But wait, there's more!
This time 'round, Darcy has been joined by Anton Ducrot of Flytrap Factory, another fine Kiwi sculptor, who has added a giant, a troll, a treeman ...and Basil the boar into the mix. 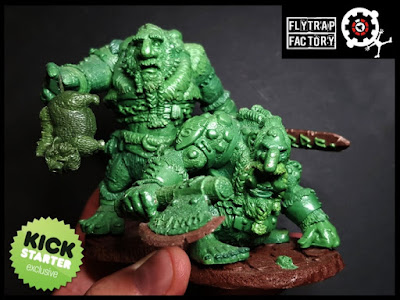 Well, if you're keen for some of these delicious figures, hand sculpted in purest green and cast in finest metal alloy and/or resin; and I know you are; head over to the Delvers Lost in the Dungeons of Doom! V "Law vs Chaos" KickStarter page in a couple of days! They'll be a waitin' for ya. 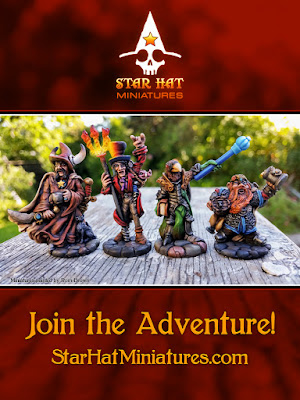 A selection of morsels from previous DLitDoD KickStarters;
painted by yours truly :)