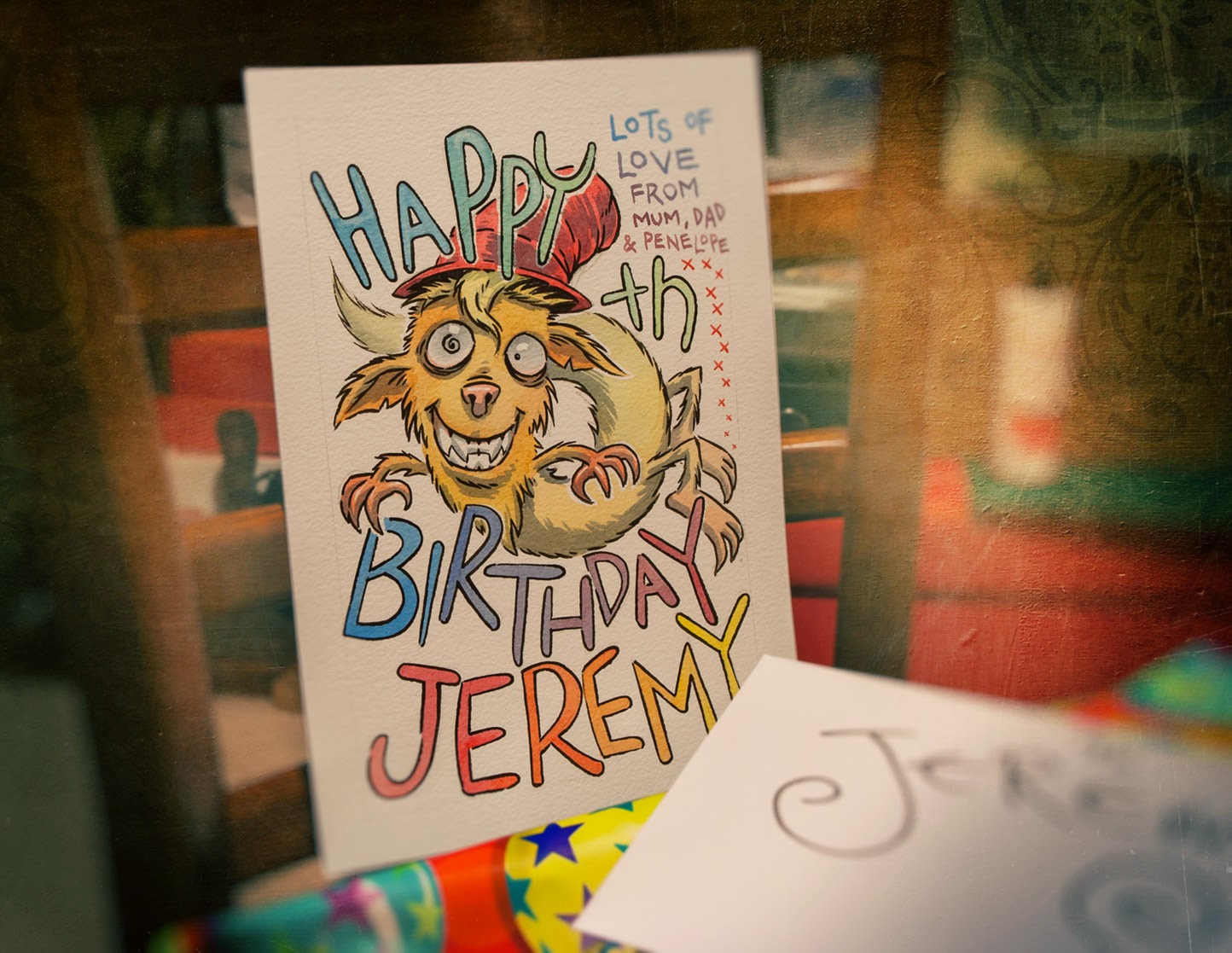 Just the other day my little chap turned a big 6. He's always been a big fan of monsters and the like (a good 90 percent of the drawings he does contain beasts of some sort), so I made sure (among the usual new pants, shirts, pens, pencils and drawing blocks) there were a few dangerous critters.

He'd already begun to accrue a small collection, starting with a few Warehouse dinosaurs; then last Christmas I tracked down a few choicer items on Amazon ~ some mythical beasts by Papo and Safari Ltd. For this Birthday I again visited Amazon ... and found more beasties, as well as a wizard and a Spartan warrior to throw in the mix. Areion, the immortal talking horse from Greek mythology
...a bit like a black Mr. Ed 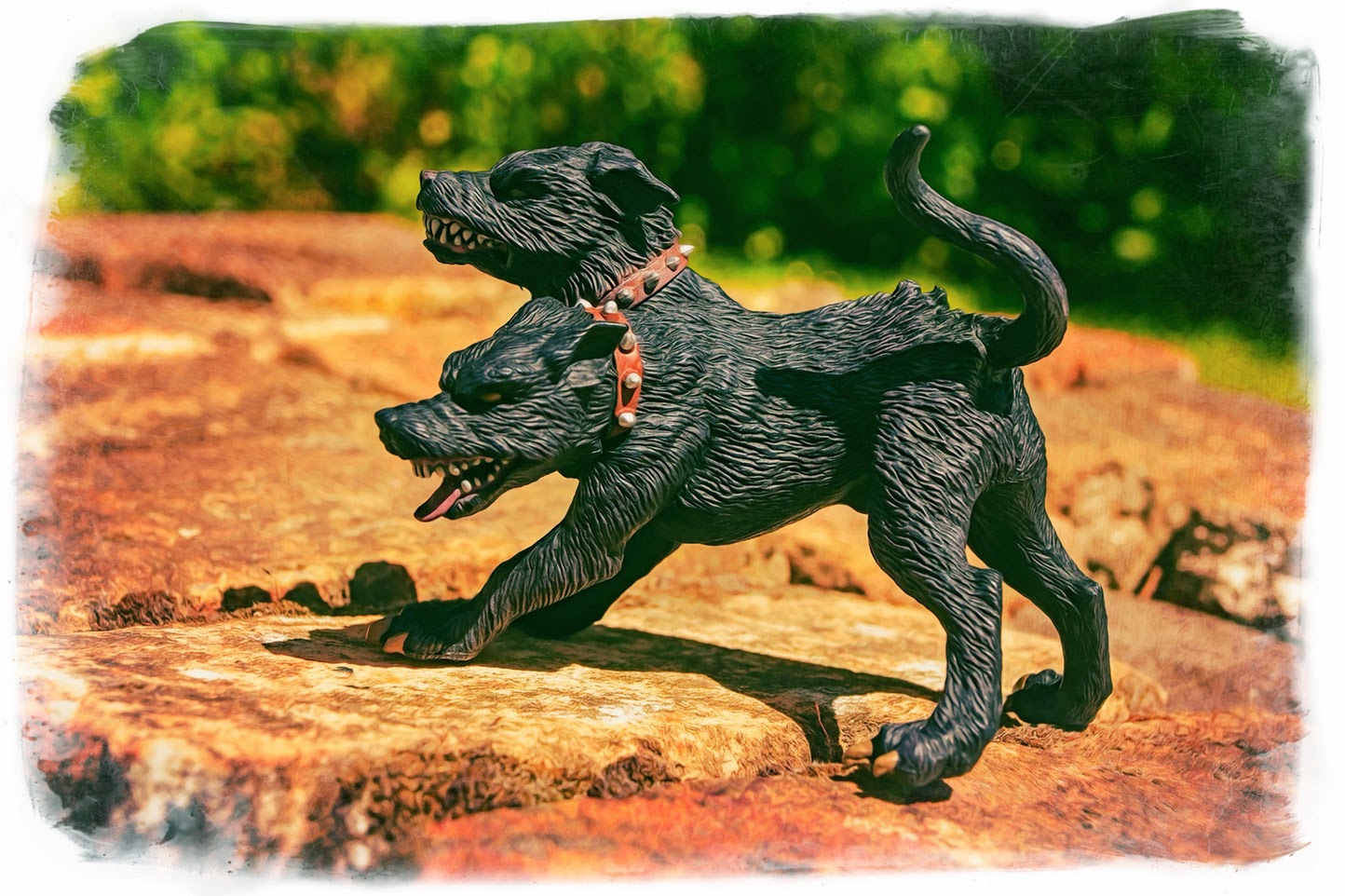 Cerberus, the friendly 3-headed hound (ok ...not so friendly) 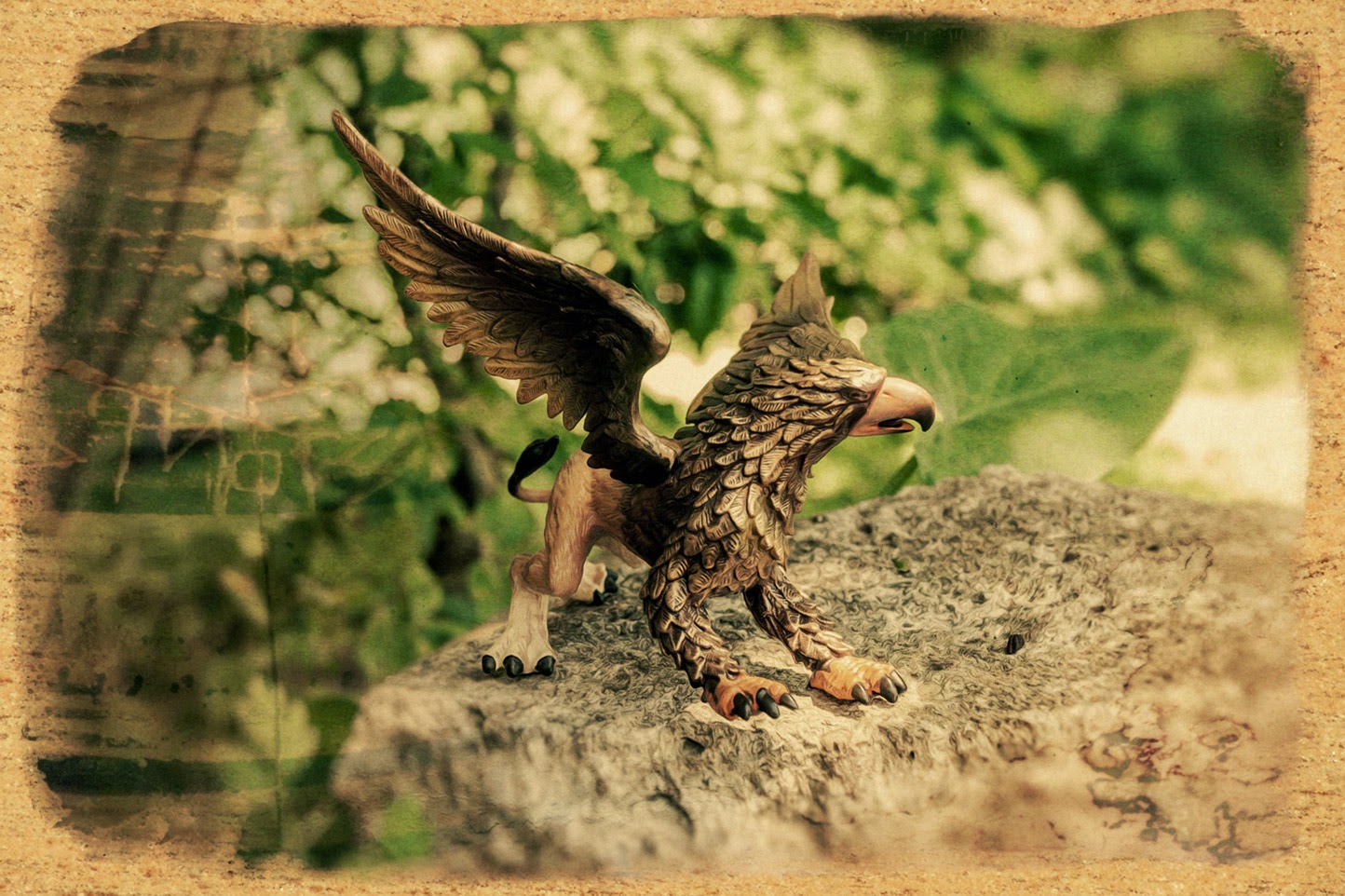 A Griffon ...you're not going to have a rodent problem with this guy on the case

I must admit, the gifting of these marvellous monsters was all part of a cunning plan. A plan to introduce him to and (hopefully) get him enthused  in the realm of tabletop (war)gaming. You can't start too young :)

Following Christmas I had pointed up two small warbands for the game "Song of Blades and Heroes" by Andrea Sfiligoi. Only 3 six-sided dice and 3 small sticks (for measuring) are required to play. I gave the lad a quick run-down of the way things worked, stacked some boxes between the bands as terrain ...and we were away. As I had hoped for, he found it rather intriguing ;)

I was delighted at how quickly he grasped it - his ease of remembering the skills his various band members had ...even reminding me. "Hey, doesn't Joan of Arc always get a six!" (being a Hero ...and a dinosaur mounted one at that). 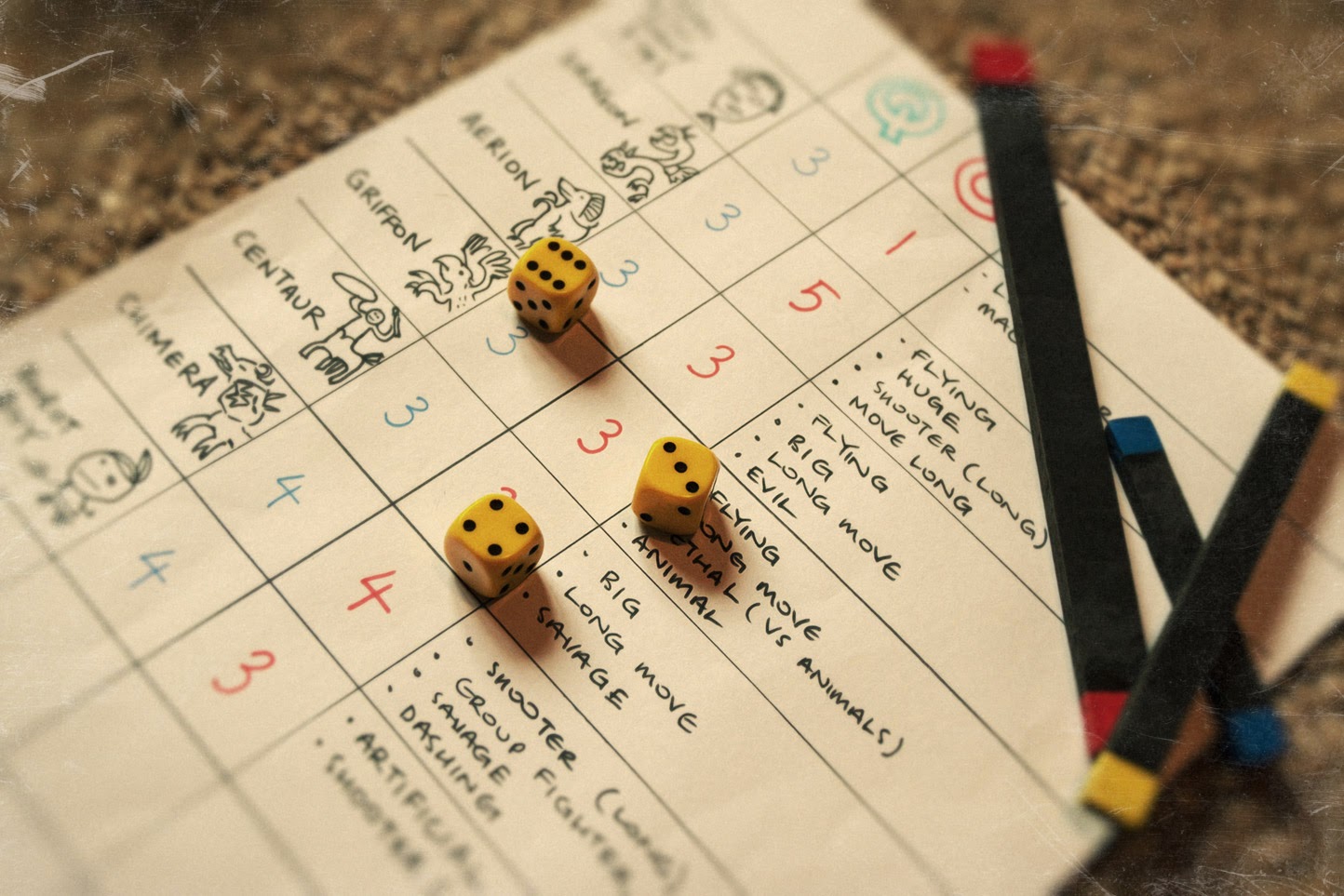 "You can take this team" he said "I want Medusa!"

We have had many games since. With him always wanting to add new objectives and special terrain; just the other week he got me to construct a haunted house which he declared you had to make a quality roll to see if you were brave enough to approach ~ if you were, the ghost gave you a special gift, if you weren't, you were scared to death!

Suffice to say, this Birthday he was well pleased to acquire 4 fresh conscripts to add to his creature pool. 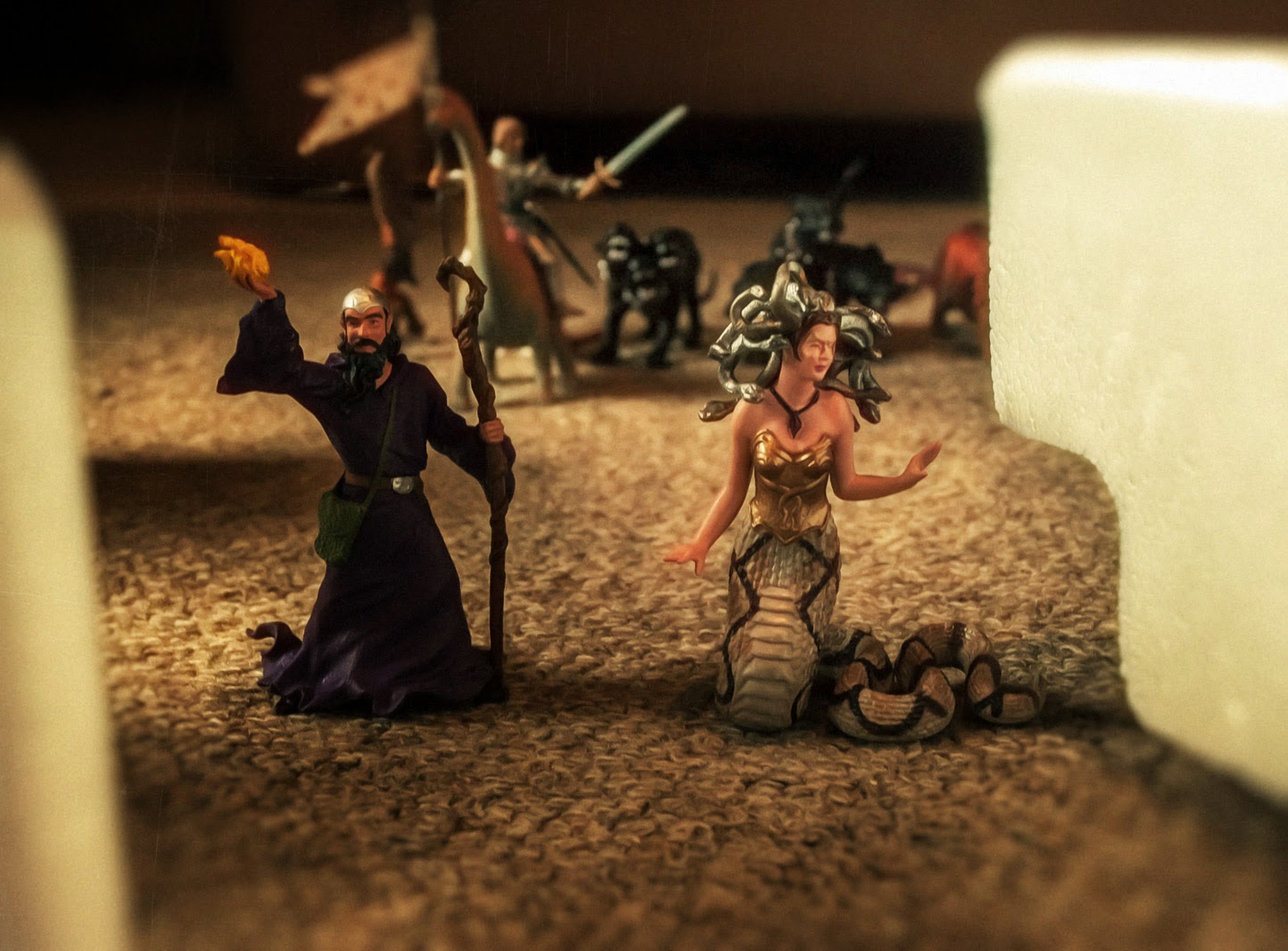 Medusa and Zip-Zanny the Wizard... 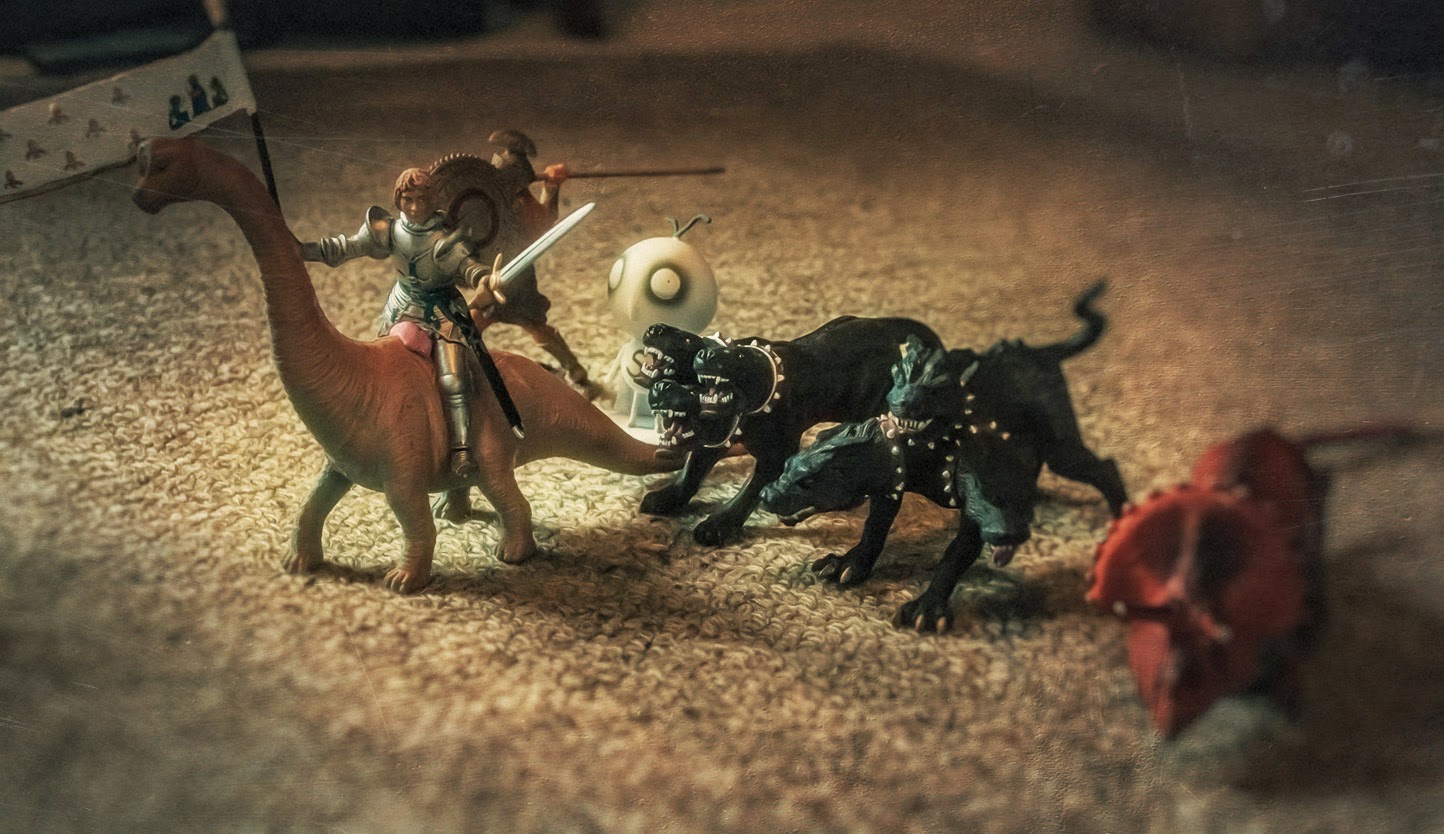 ...followed up by Joan on a Diplodocus and her entourage 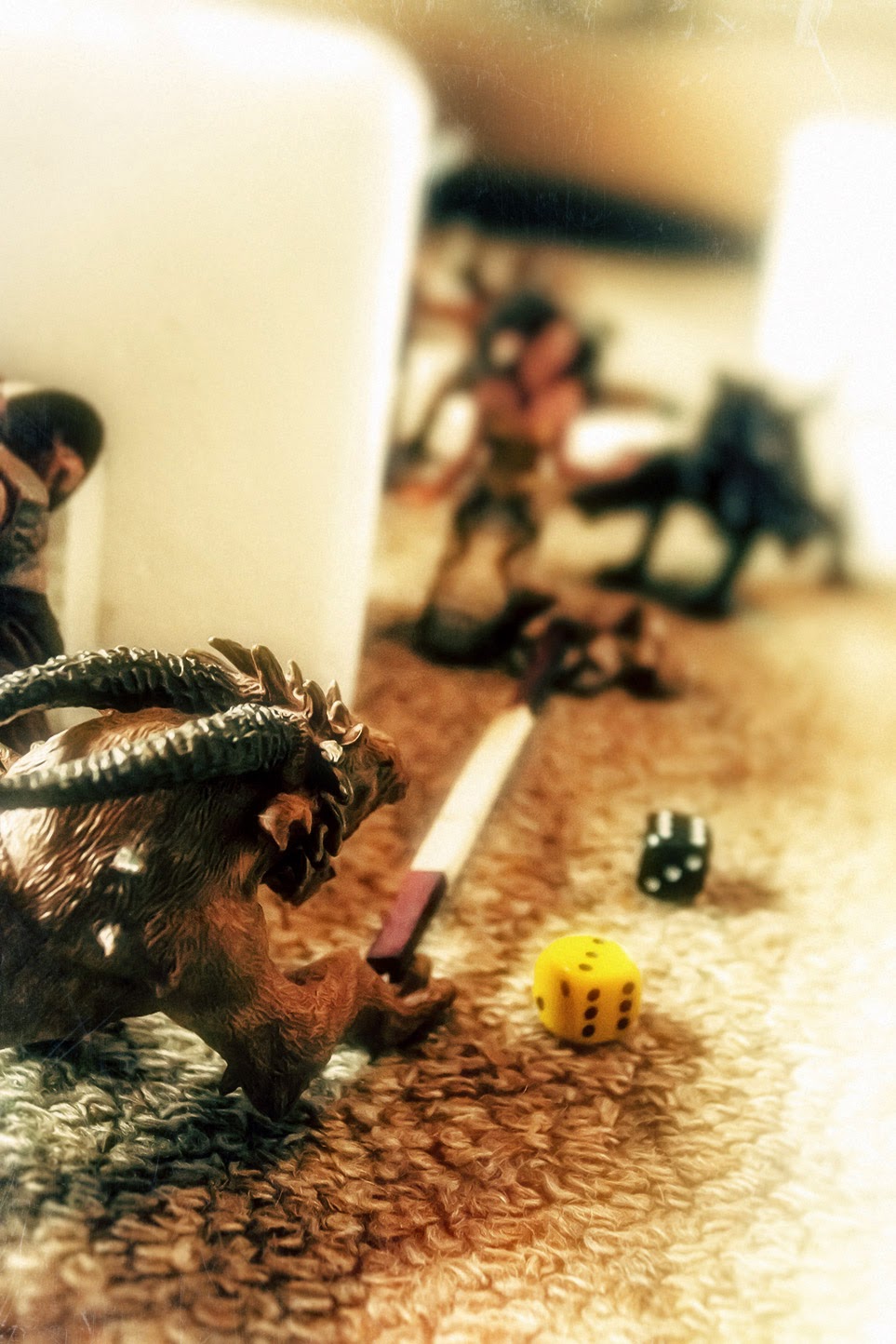 The Chimera catches Medusa's bale glance and is turned to stone 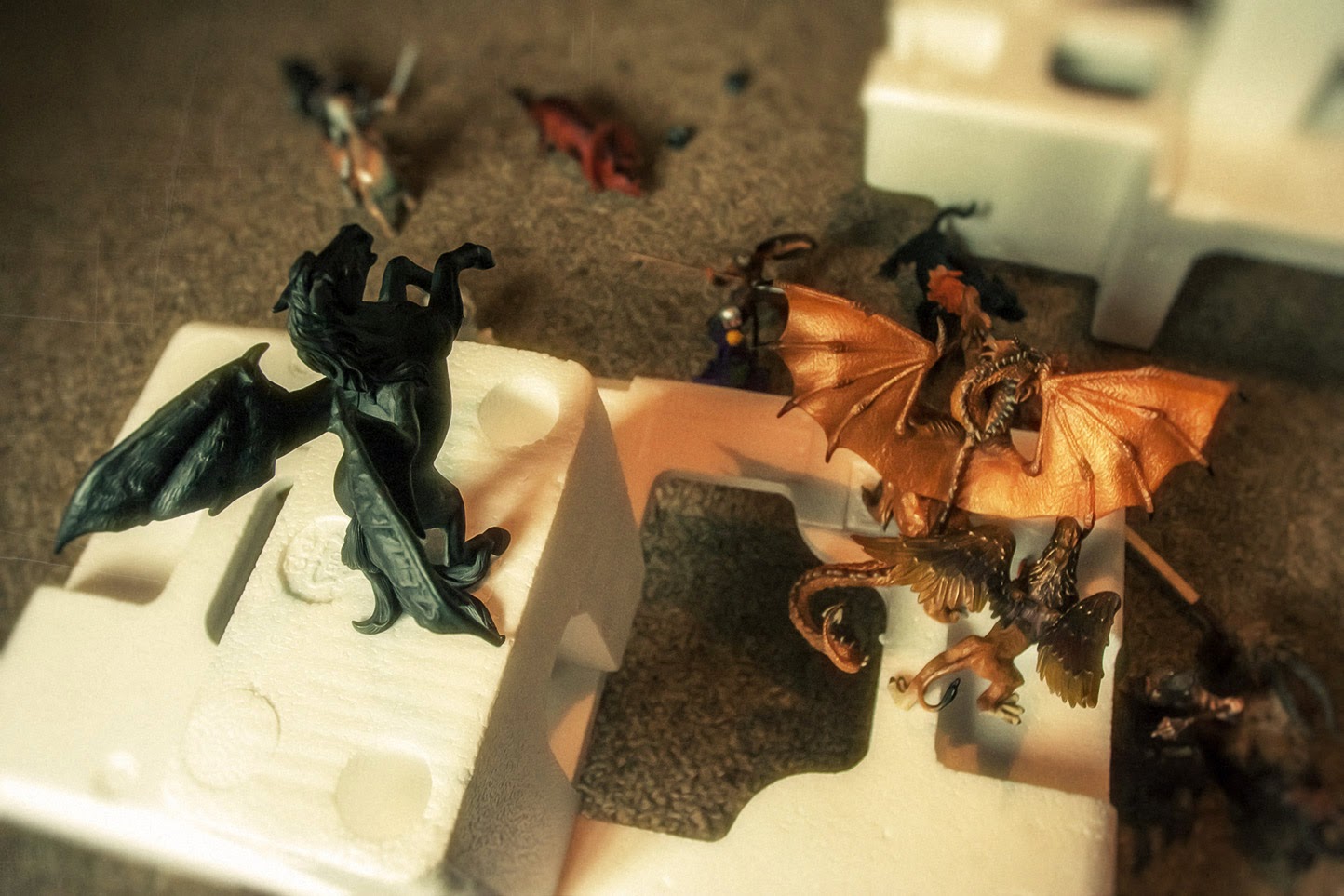 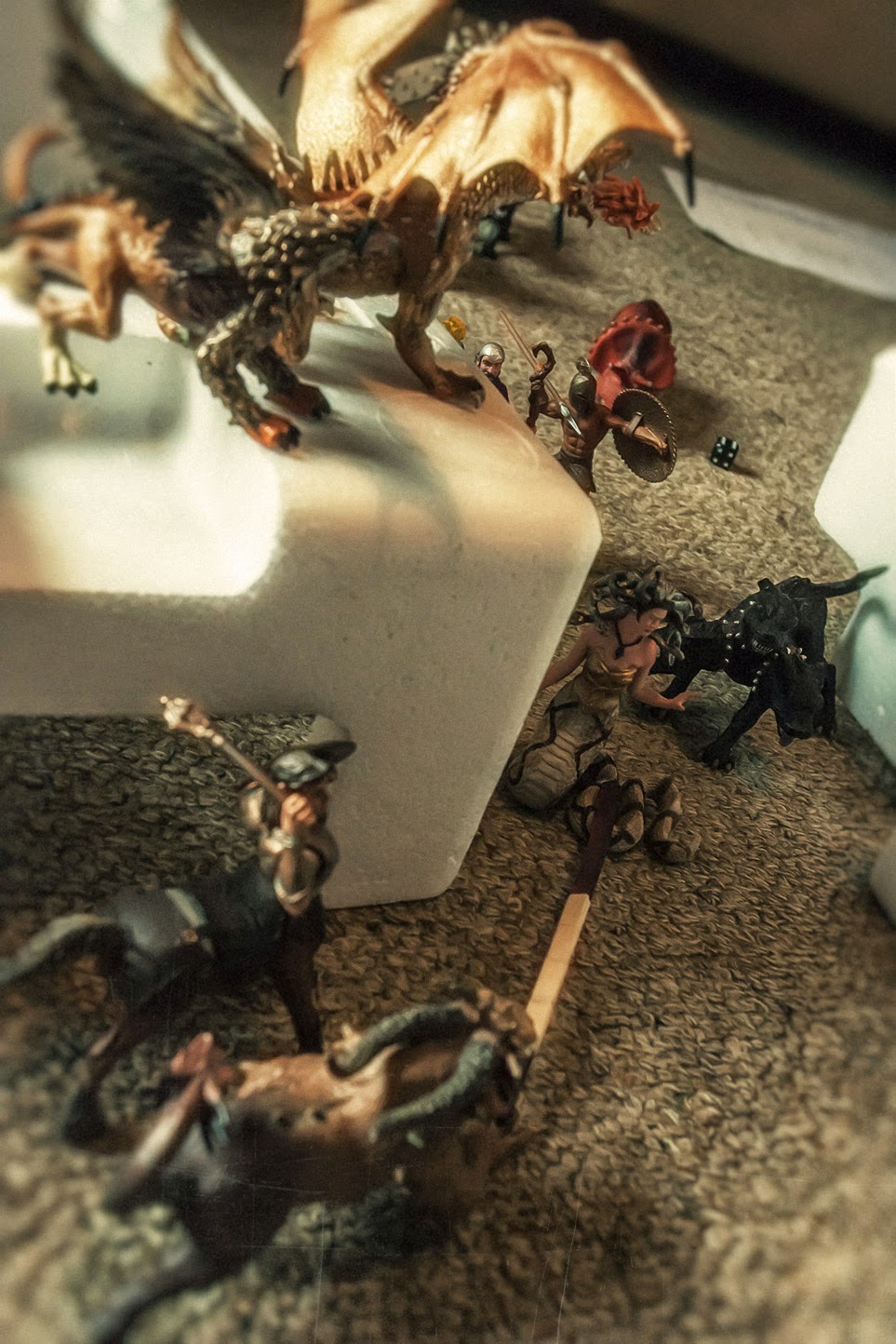 More action than you can shake a 7" stick at! 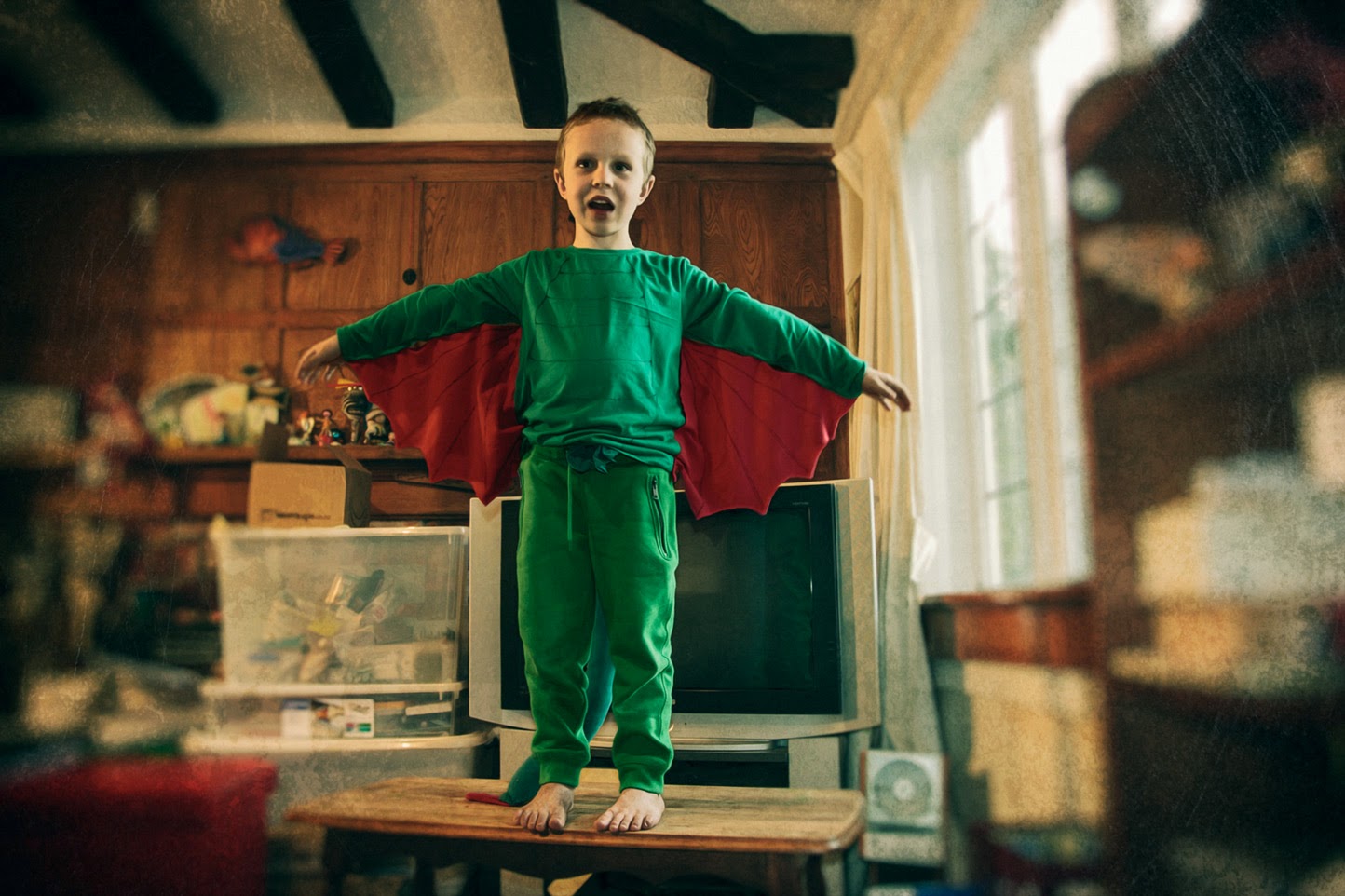 Here he is, dressed to kill ...and also as something starting with the letter W for a school "letter of the alphabet" day. He was a Wyvern!

I whipped up the costume in an hour, with a stuffed green stocking tail and wings cut and stitched on, made from a sacrificial red t-shirt.

He was going to have his face painted too ...but decided against it as he finds the paint can get a little itchy - and it would have been on for the whole day.

And just a quick mention ...that I have managed to make a few further additions to my Robinson Crusoe: AotCI boardgame. Now adding a Volcano tile as well as a handful of ash pile tokens. 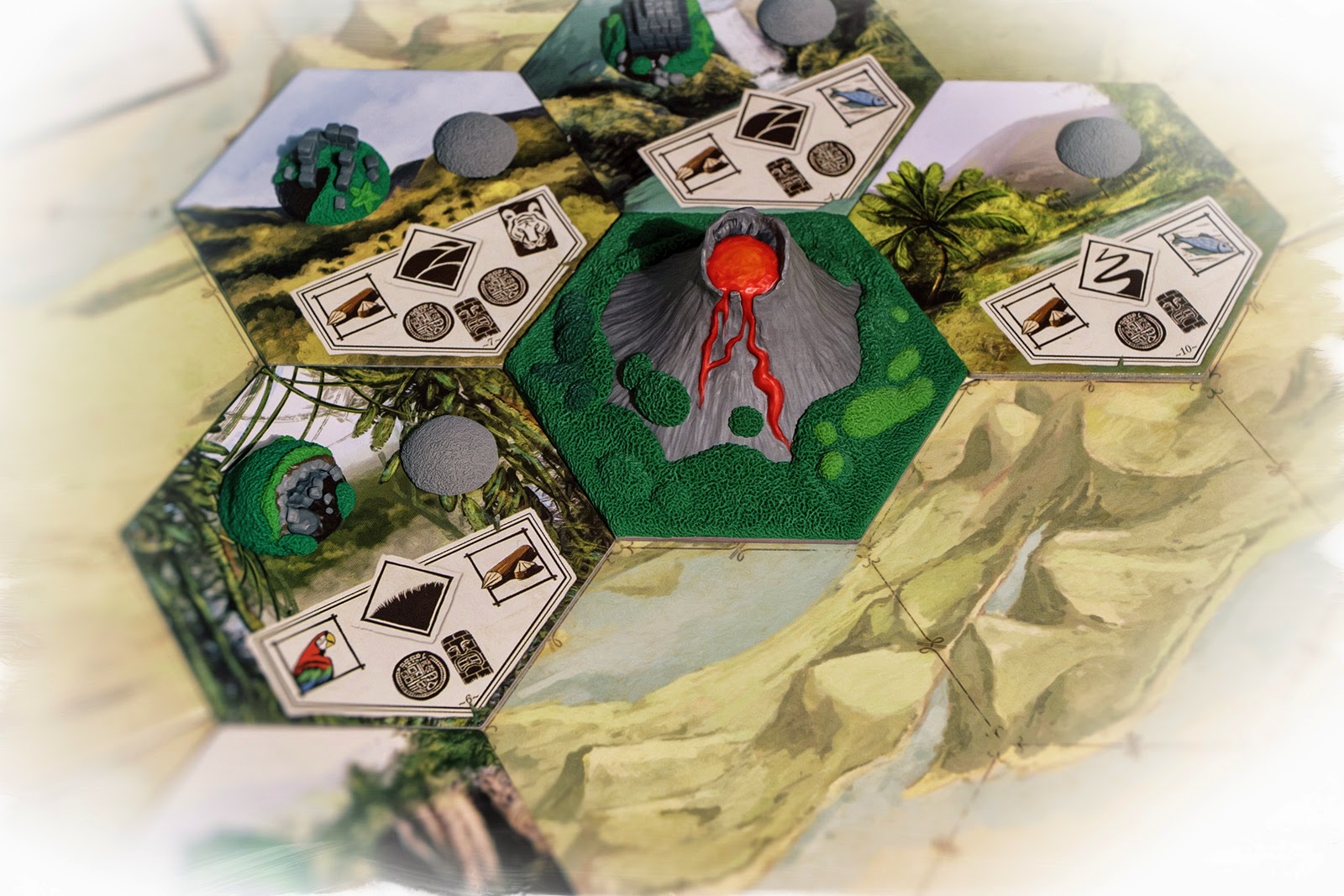 You could warm yourself by that on a cold winter night

...plus a few more life-spinners, requested on the 'Geek, for the fan-made characters available. 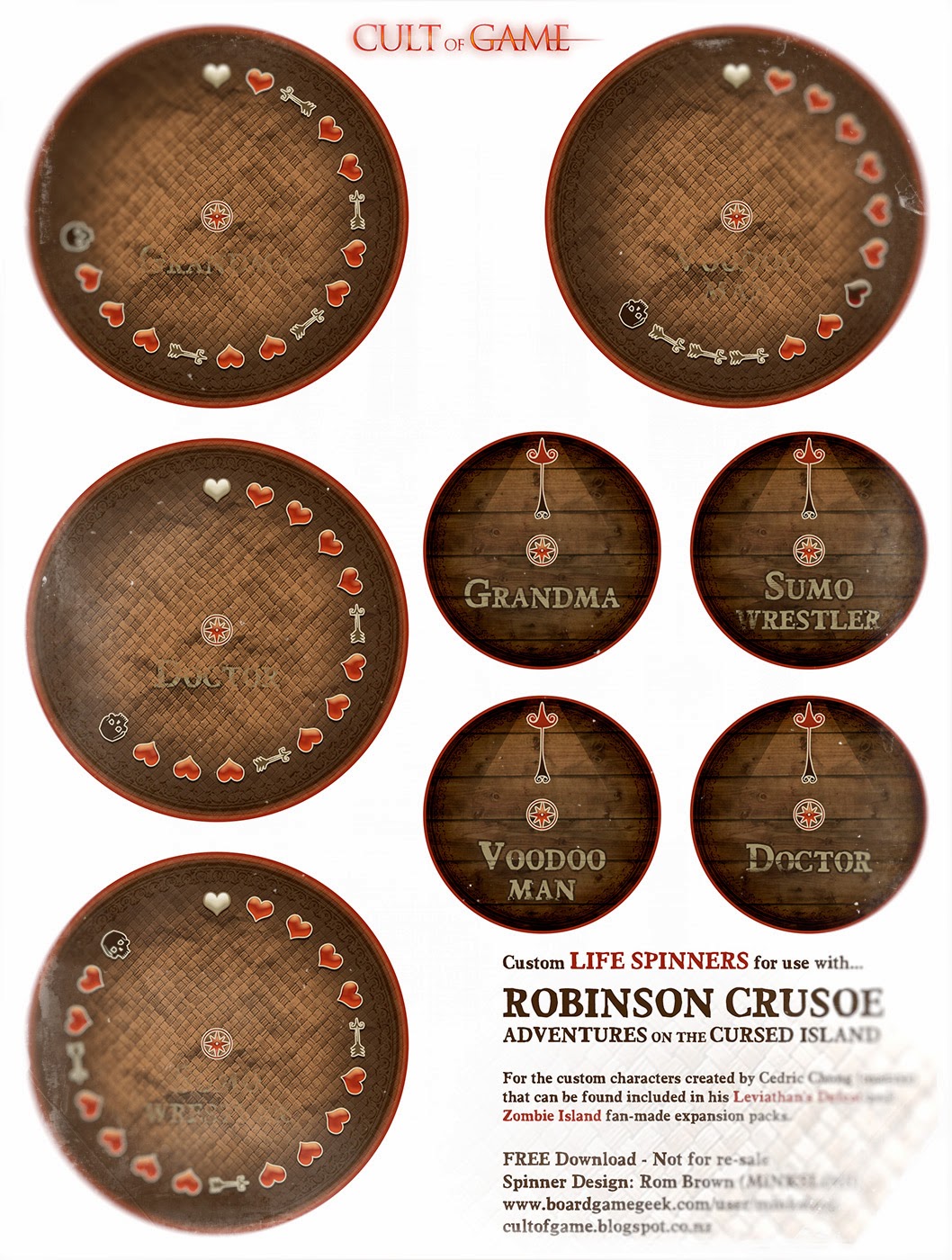