Hey folks :) Just watched the freshly released Part I of this very amusing battle report for Stronghold 2nd Edition, where Peter and Will at The Esoteric Order of Gamers battle it out at the castle walls.
I have no idea *wink* who crafted those war-machines they're pushing about, but the game sure looks fun! Great stuff!

While you're at it, take a peek at the huge list of truly amazing downloadable Board Game Player Reference Sheets created by The Esoteric Order of Gamers. If you have any of the games they have created them for ... and you likely do ... you WILL want their handiwork included within those boxes! They are fabulous.

I recently also got to make some new pieces among a batch of hand-crafted comestibles.
This time for Jamaica, a colourful pirate-themed race game set in the Caribbean.
The haul of morsels, including new sculpts depicting tasty sliced legs of ham, and corked jugs of rum, are off to a discerning gamer from Boise, in the US of A. 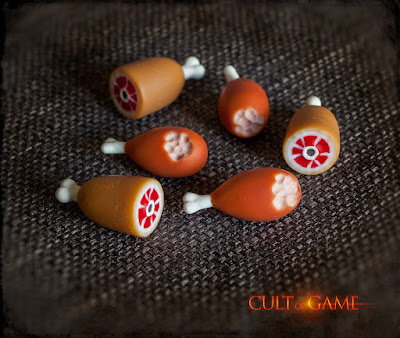 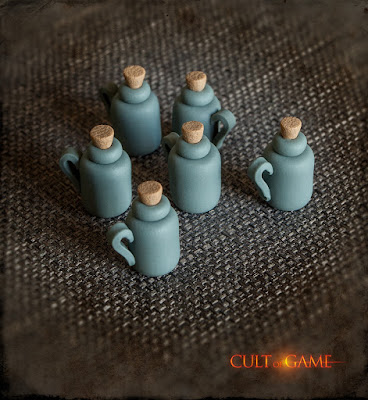 Yo-ho-ho and a bottle of rum! 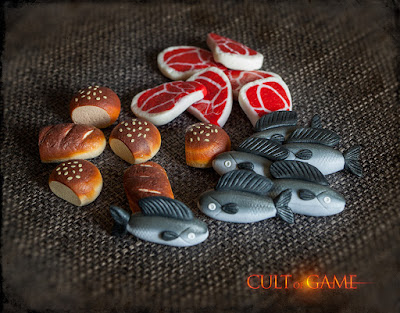 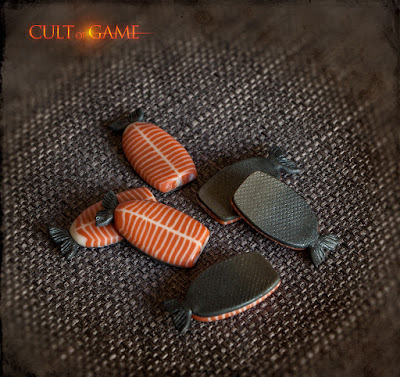 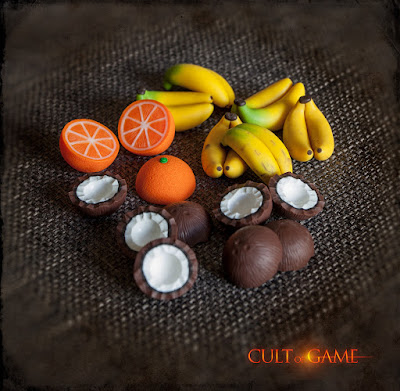 ...followed up with a nice fresh fruity desert.

Feel free to check out some more pics of the Stronghold 2nd Edition sculpts created for tEOoG... and other foody bits can be found on my Robinson Crusoe: Adventures on the Cursed Island page.