I'm happy to say it's been a productive few days here ...in creating and gaming.
With nary a minute to spare, the goblins have been completed. Well, they still need a lick of varnish ...but hey. With very little help from myself (I just did a few tidies and the basing) my young lassie has now wrapped up her first commission. I must say she looks rather relieved the task is complete; those goblins, though they look quick and easy can actually be fiddly little blighters. 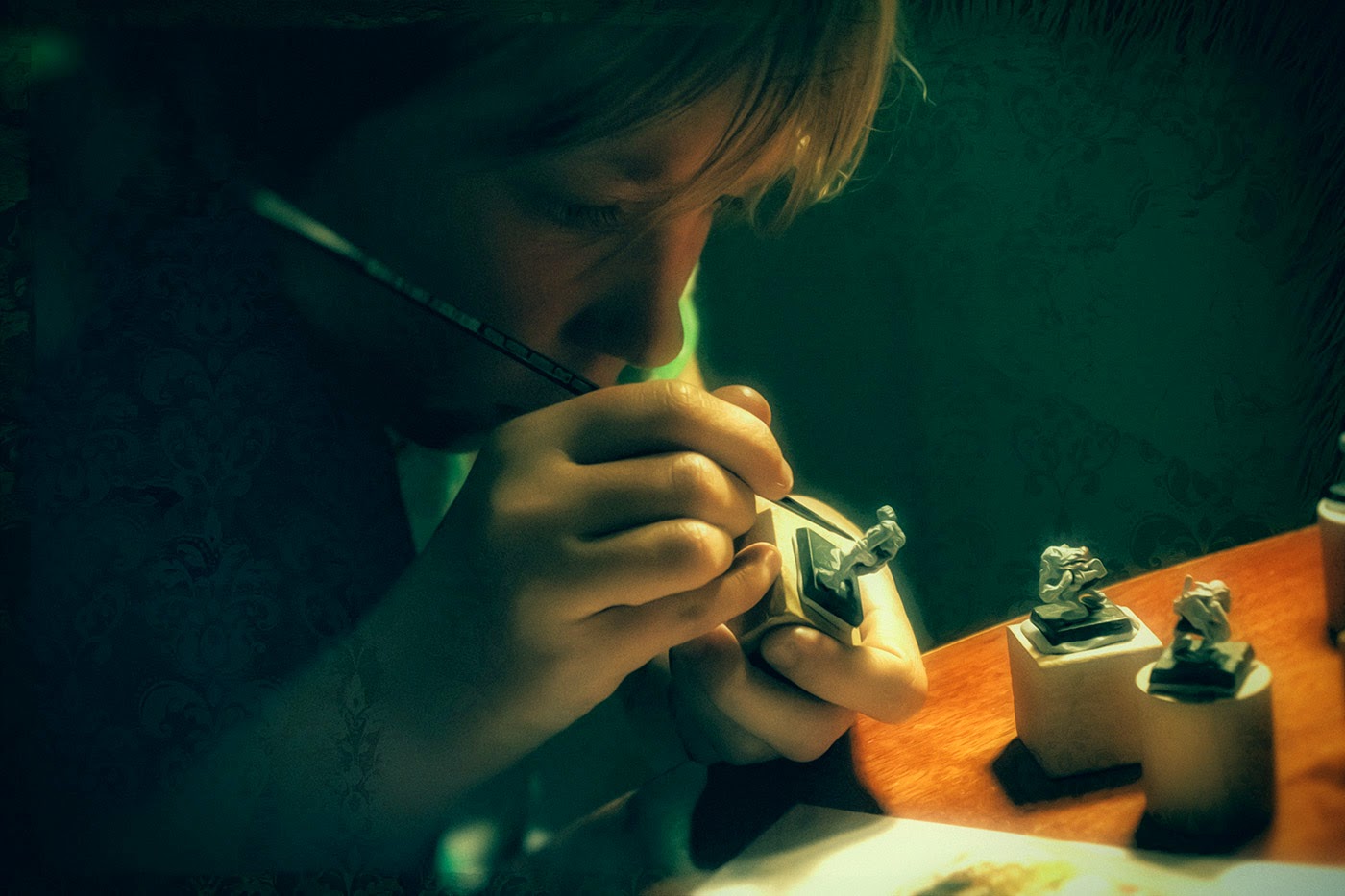 Focussed on the task at hand. Lets hope they last at least one round on the battlefield.

A little further progress has been made on pimping my copy of Robinson Crusoe: AotCI.

It came to me that a great token tray addition would be one of those 'multi dish snack platters' made from wood. I trotted down to the local Briscoes, as I had a feeling I had seen something similar there.

I was in luck; they had some sweet 3-dish trays, and whattaya know ...they were on sale. I grabbed 4 of them for a meagre $14 dollars total! They are all pretty much hand-made so each is a little different giving them a good desert island vibe. And I must say, those nice smooth curved dish sides make retrieving the tokens very pleasant ;) Whittle me a dish Friday.

I've also had a request from another 'Crusoe player for some custom tokens. So I've been busy hunting, catching fish and baking some goodies. I still have to gather some bananas and coconuts ... a bit of fresh fruit in the diet's always a good thing.

I'm currently making 4 sets worth of the custom playing pieces (food/wood/hides/markers). One has dibs on it already, but the other three will be available for purchase once complete.

Prices have not been set as of yet and the items are currently under construction ... but if you are interested feel free to leave a comment or pm me. Speaking of RC:AotCI, my wife and I had a fabulous game last night (actually it's been on the table for a couple of evenings). It was more like "Robinson Crusoe: Adventures at the Luxury Resort".

We were playing the first mission, "Castaways", and just couldn't believe how well it went. We managed to get the short cut and hatchet very early on, wove a basket and discovered new flock. Even with a couple of dubious events that rolled in later in the game we still managed a win in round 10! Our blazing bonfire signalling the passing ship the second it came into view. It was unheard of.

It was a stark comparison to the game we had had previously; where we had been plagued by non stop torrential rain, bug bites and infected wounds, and the loss of nearly all our items ~ on top of that, we all died in the final round in separate incidents ...I (the Explorer) slipped down a bank and fell to my death while exploring, Friday (also exploring) had an unfortunate adventure, and being on one life at the time, also came to a sticky end, then finally my wife (the Cook) succumbed to the elements as a final vicious storm tore through the camp.

Ahh .. I just love the way you never know what this game's going to throw at you ;) All work and no play makes Jack a dull boy.
Luckily we have a good mix of both here.